Chat with a Librarian

The following social media sites are meant to further the current generation's interest and education on Japanese American culture and heritage.

1. Japanese American National Museum is located in Los Angeles, California that hopes to promote understanding and appreciation of America’s ethnic and cultural diversity by sharing the Japanese American experience. This is a link to their Instagram account (@jamuseum) that highlight the events and exhibits that come to their museum. 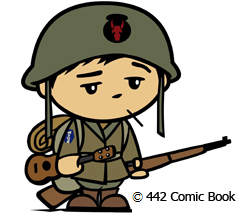 2. JOURNEY OF HEROES: The Story of the 100th Infantry Battalion and 442nd Regimental Combat Team: This a the facebook page that helps spread the word on book signings and events related to 100th/442nd veterans in Hawaii.

Journey of Heroes is a manga that was created by Stacey Hayashi to raise awareness of the nisei soldier, most specifically the exploits of the 100th/442nd Regimental Combat Team, and to do so in a modern, engaging, and accessible format for a wide audience.

UHWO Library Holdings of the comic can be found here: https://uhwestoahu.lib.hawaii.edu/vwebv/holdingsInfo?bibId=3488827 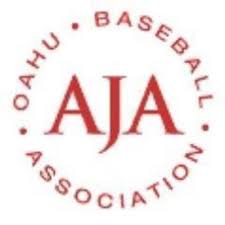 3. AJA Baseball: This is the Facebook of the nonprofit association that promotes Giri (duty and obligation) to honor the values of Japanese heritage and perpetuate Japanese culture though baseball. The league is comprised of teams from Oahu, Maui, Kauai, and Hawaii islands.  Hawaii State AJA Baseball Association continues to crown a State Champion every year since 1930 until the present, (except for five years (1942-47) during World War II).